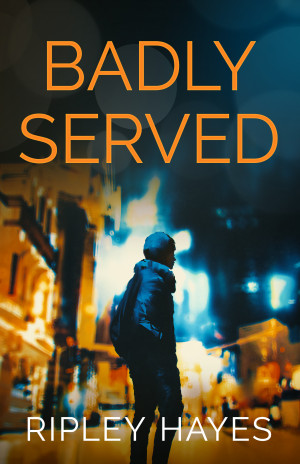 Her job was to look for Harry. The trouble started when she found him.

It looked like a simple task: serve divorce papers on failed businessman Harry Smith, who’s run off to rural north Wales leaving his wife with a baby and a mountain of debt. A welcome distraction from the implosion of her personal life.

But it turns out that Teema Crowe isn’t the only one looking for Harry when she — literally — trips over his body, lying face down in a pool of oil, with a knife in his back.

The police think Teema makes an excellent suspect for the murder. Her employer and her cheating ex-girlfriend know far too much about it but they aren’t telling. There’s an illegal money-lender who wants Teema silenced, and doesn’t mind hurting the people she loves, and a widow who just wants the insurance.

It’s a race against time for Teema to find out who killed Harry, before the police or the murderer find her.